The History of Campobasso Calcio

The original name of the club was US Campobasso 1919. In fact, the first traces of the club date back to 1917, the year in which a match report was published in a local newspaper called “Il Foglietto”. The first competitions that were played by the club were primarily tournaments throughout the second and third divisions, while the first time the club won an official competition took place in the 1933-34 season. This was a tournament of the second division and the Wolves beat Frosinone to capture the title.

After the interruption to all football leagues as a result of World War II, Campobasso Calcio resumed play in 1952 in the fourth division of Italian football. Mid-way through the 1950’s, Campobasso mayor Alessandro De Gaglia became president of the club. In 1970, the rossoblu returned to compete in the Promozione Campana division, and finally reconquered a promotion to Serie D in 1972. Three years after that, the Wolves achieved an historic promotion to Serie C, where they put together a string of three consecutive competitive seasons in the third division in Italy’s professional ranks. 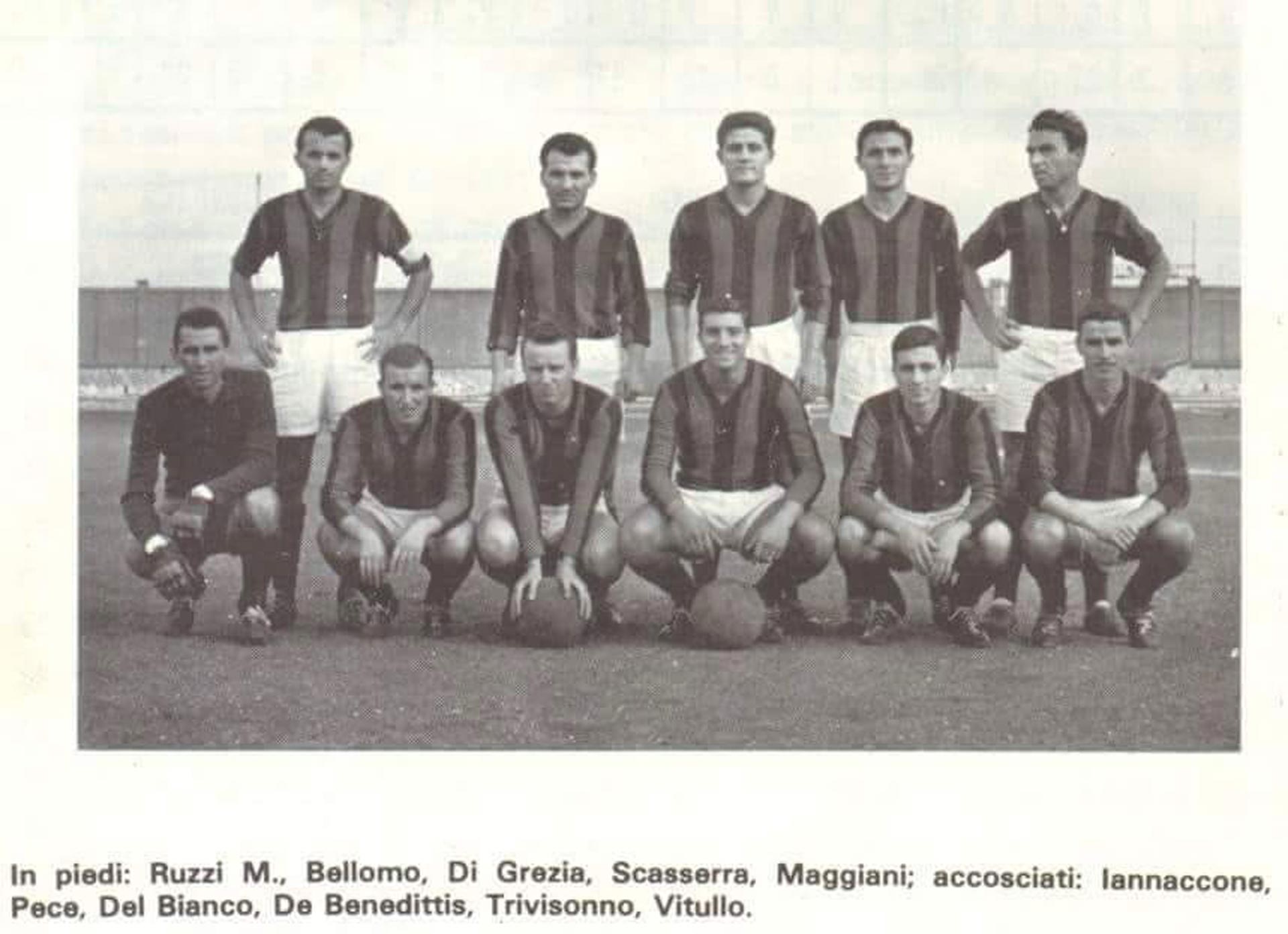 The highest point in the history of Campobasso came in the 1980’s under legendary president Antonio Molinari. The club achieved promotion to Serie B, the second highest division of Italian football. They would remain in Serie B for five seasons beginning in 1982-83 and ending in 1986-87. The club’s final season in Serie B was marked by a hard fought relegation playoff against Taranto and Lazio. During these years, Campobasso’s new stadium, the Stadio Romagnoli was built. The stadium opened its gates for the first time in an historic match where Campobasso faced legendary club Juventus in the Coppa Italia. Campobasso beat Juventus in the match 1-0 in front of a sold-out Stadio Romagnoli that far exceeded its current capacity of 25,000 people. 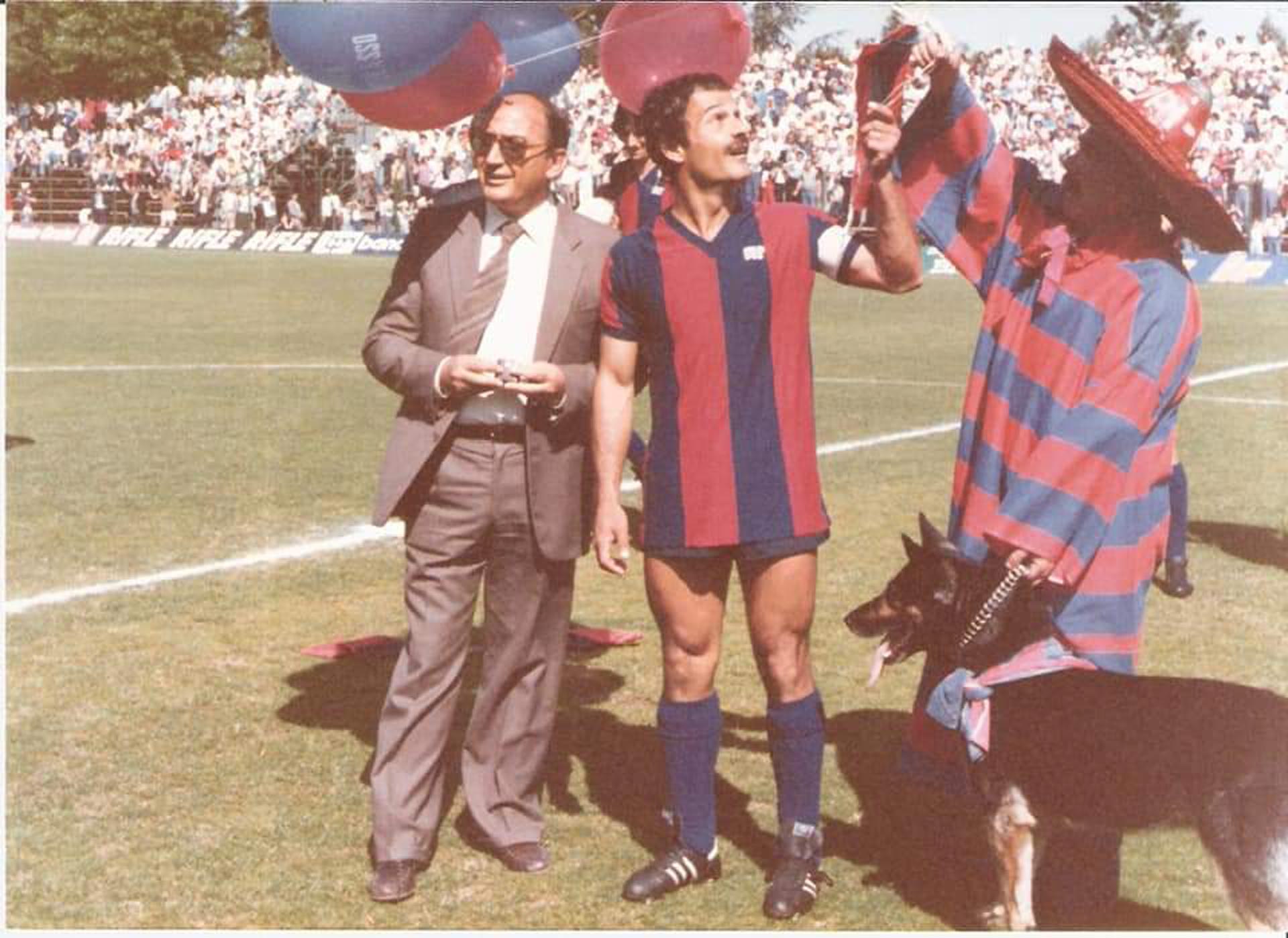 The Fall and Rebirth of Campobasso Calcio

Following the club’s relegation from Serie B, Campobasso finished in fourth place in Serie C1 during the 1986-87 season. The following year the club lost to Monopoli in the relegation playoffs, which dropped them down to Serie C2. The string of misfortunes continued for Campobasso, as they finished 18th in Serie C2 in the following season, and the club ultimately went bankrupt.

Thanks to the passion of fans and local business people Carlo and Gino Scasserra, a new club was born, called Football Campobasso. The new club eventually achieved a promotion to Serie D, and in 1995, they were purchased by Giovanni di Stefano until another bankruptcy forced them into trouble once again in 1996.

However, the misfortunes didn’t last long. Almost immediately following the bankruptcy of 1996, the club was reborn under the name AC Campobasso led by Adelmo Berardo. The club restarted from the lower leagues of Italian football, and eventually reconquered a promotion to Serie C2 in 2000. The first season in Serie C2 saw the Wolves finish atop the league table in second place. They lost in the playoff semifinals against Sora, and then finished a disappointing 18th in the table the following season, which forced the club into bankruptcy for the third time in the decade.

After a year without any official team in the city, a new club was founded under the name Nuovo Campobasso, by three presidents: Luigi Iacampo, Paolo Rizzi and Claudio Palladino. With this trio, Campobasso successfully returned to play in Serie D in 2005.

In the following years Campanian-based businessman Ferruccio Capone bought the club and successfully helped them achieve a promotion to Serie C2 once again in 2010. After three seasons in the professional ranks of Serie C2 a fourth and final bankruptcy crippled the club. The exact date was June 4th, 2013, which changed the history of Campobasso Calcio forever.

Public Funding and the Birth of SSD Citta di Campobasso

A group of fans formed an initiative called “We are Campobasso”, led by president Giulio Perrucci. Along with local business people and fundraising from fans, US Campobasso 1919 was born. It was a challenging road to recovery for the club, as they were forced to restart from the regional divisions in Italy. The first season under the new management saw Campobasso go undefeated in league and cup play, winning a trio of trophies – the league title, the regional cup and the Italian national amateur cup, which they captured in Florence against Ponsacco. In July 2017, after a challenging summer where the club was facing financial difficulties, Campobasso was finally rescued by the De Lucia family that was able to keep the team in Serie D for the following season. 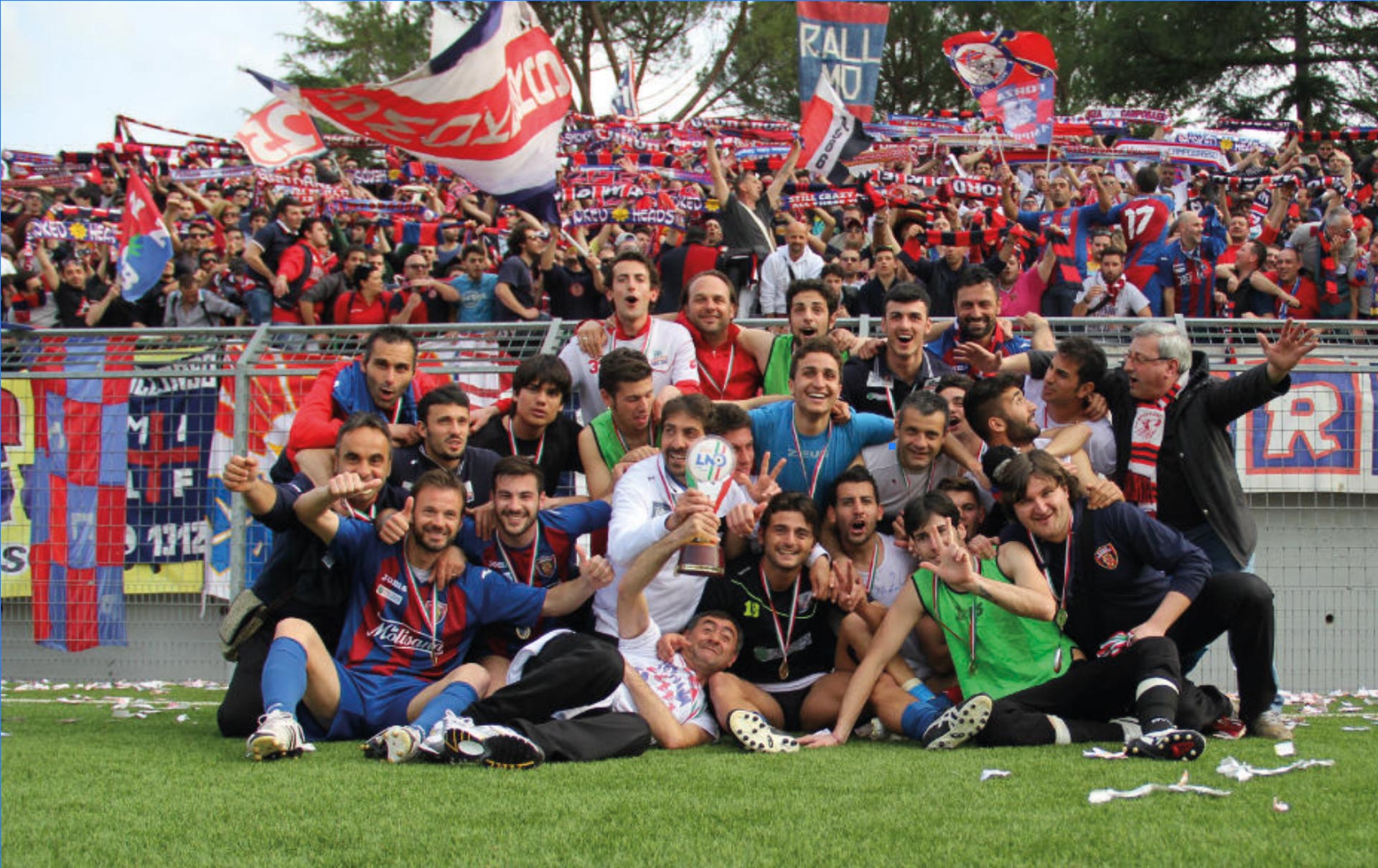 July 25, 2018 began the new era of Campobasso Calcio. Businessman Nicola Circelli purchased a majority interest in the club alongside a group of Italian financiers with interests in England and Switzerland led by current club president Mario Gesue. On July 5, 2019, Swiss-based hedge fund Halley Holding, which is run by Gesue, acquired 100 percent control of the club and provided an historic capital infusion and investment with the goal of building the club to compete in Italy’s highest divisions.

Within two years of the initial investment, Gesue and Halley Holding have brought the club back stronger than ever before. The club’s valuation has increased by 50 percent as a result of increased ticket sales, merchandising and e-commerce revenues, and significant investments to expand the club’s global reach and fanbase. Under Gesue’s leadership, the club has developed one of the most successful youth systems in central and southern Italy and has competed at the top of the table each season. 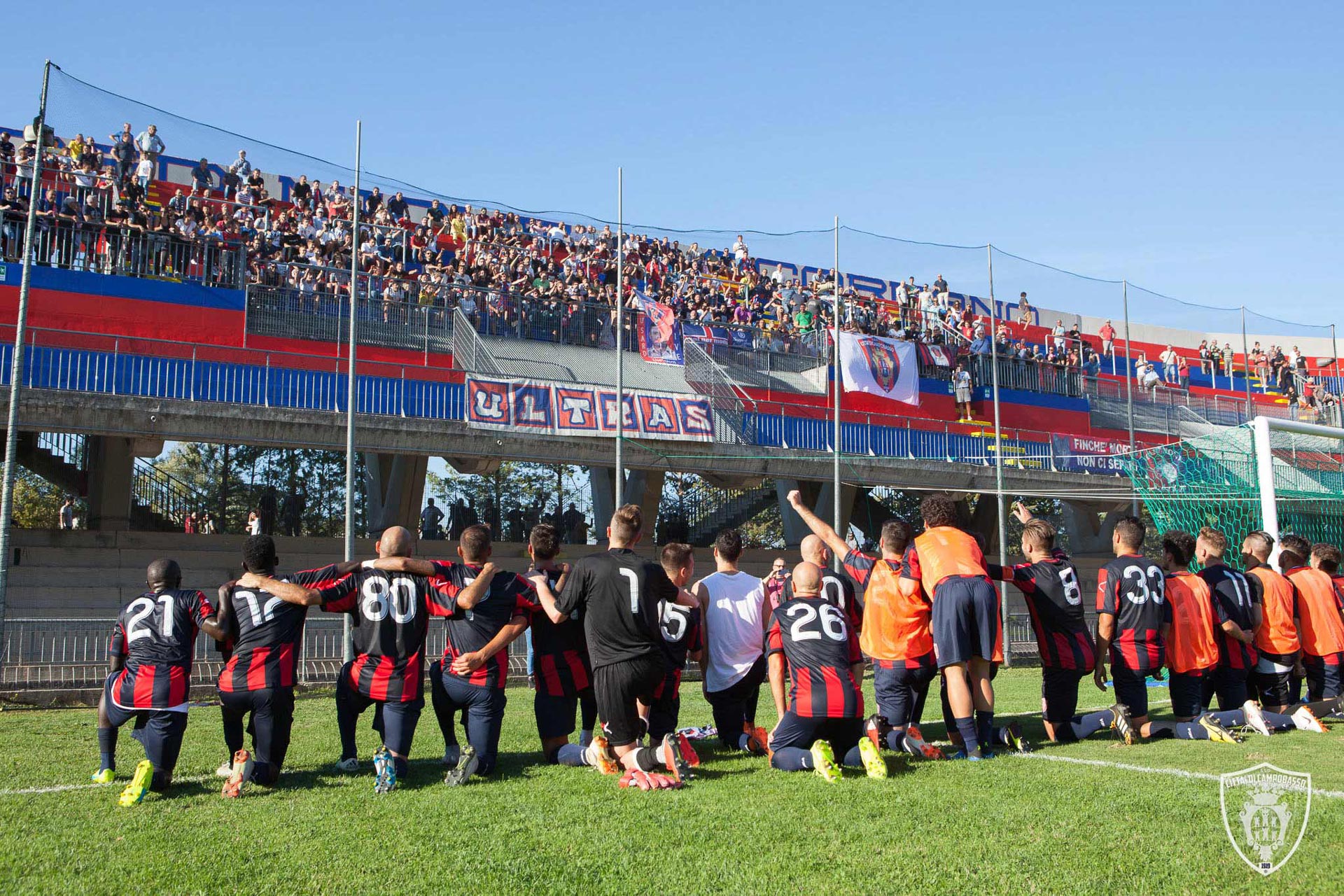 We use cookies on our website to give you the most relevant experience by remembering your preferences and repeat visits. By clicking “Accept”, you consent to the use of ALL the cookies.
Do not sell my personal information.
Cookie settingsACCEPT
Manage consent

This website uses cookies to improve your experience while you navigate through the website. Out of these, the cookies that are categorized as necessary are stored on your browser as they are essential for the working of basic functionalities of the website. We also use third-party cookies that help us analyze and understand how you use this website. These cookies will be stored in your browser only with your consent. You also have the option to opt-out of these cookies. But opting out of some of these cookies may affect your browsing experience.
Necessary Always Enabled
Necessary cookies are absolutely essential for the website to function properly. This category only includes cookies that ensures basic functionalities and security features of the website. These cookies do not store any personal information.
Non-necessary
Any cookies that may not be particularly necessary for the website to function and is used specifically to collect user personal data via analytics, ads, other embedded contents are termed as non-necessary cookies. It is mandatory to procure user consent prior to running these cookies on your website.
SAVE & ACCEPT